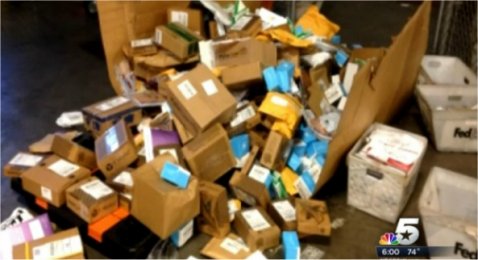 Does your privacy matter over your packages? Tom, is the owner, and landlord of an multi-tenant unit, which has 8 residents who pay to live at his residence. Tom does all of the maintenance, and he also lives on the property, during the colder months in Seattle, Washington. He uses an alphabet system for each unit that a tenant resides in, and he has their last name by the apartment number, for example, Smith #A, but none of the tenant doors have the alphabet by it so that you can identify who lives there in the event that a package requires a signature, so if there isn’t a way for the logistics driver to know where you live then you can’t be angry if they leave a notification on your mailbox because they have no other option, but to leave the notice instead of putting a notice on the wrong door, and your package gets returned that you paid extra to expedite the shipping for because it could be a book that you need to read to turn in an assignment in three days, and etc. If a package is left in a general area where there is foot traffic then the package has a greater chance of being stolen, but a security system will often deter a thief from stealing your package if they know that they could possibly be arrested for being a porch pirate. Tom, stated that his residents love his protection of their privacy, but at the same time customers who live there are angry that they can’t receive a package when they’re at home, because their doors don’t have alphabet numbers to identify who live at their residence. Many complain that they don’t have time to go to a UPS location, FedEx location, USPS facility, and etc., so the question is does your privacy matter over your packages? www.iwantmymail.com

An easy way for your package to get returned to the sender.

Leaving a package out in the open.

Domestic disputes can have an impact on your mail, and packages.